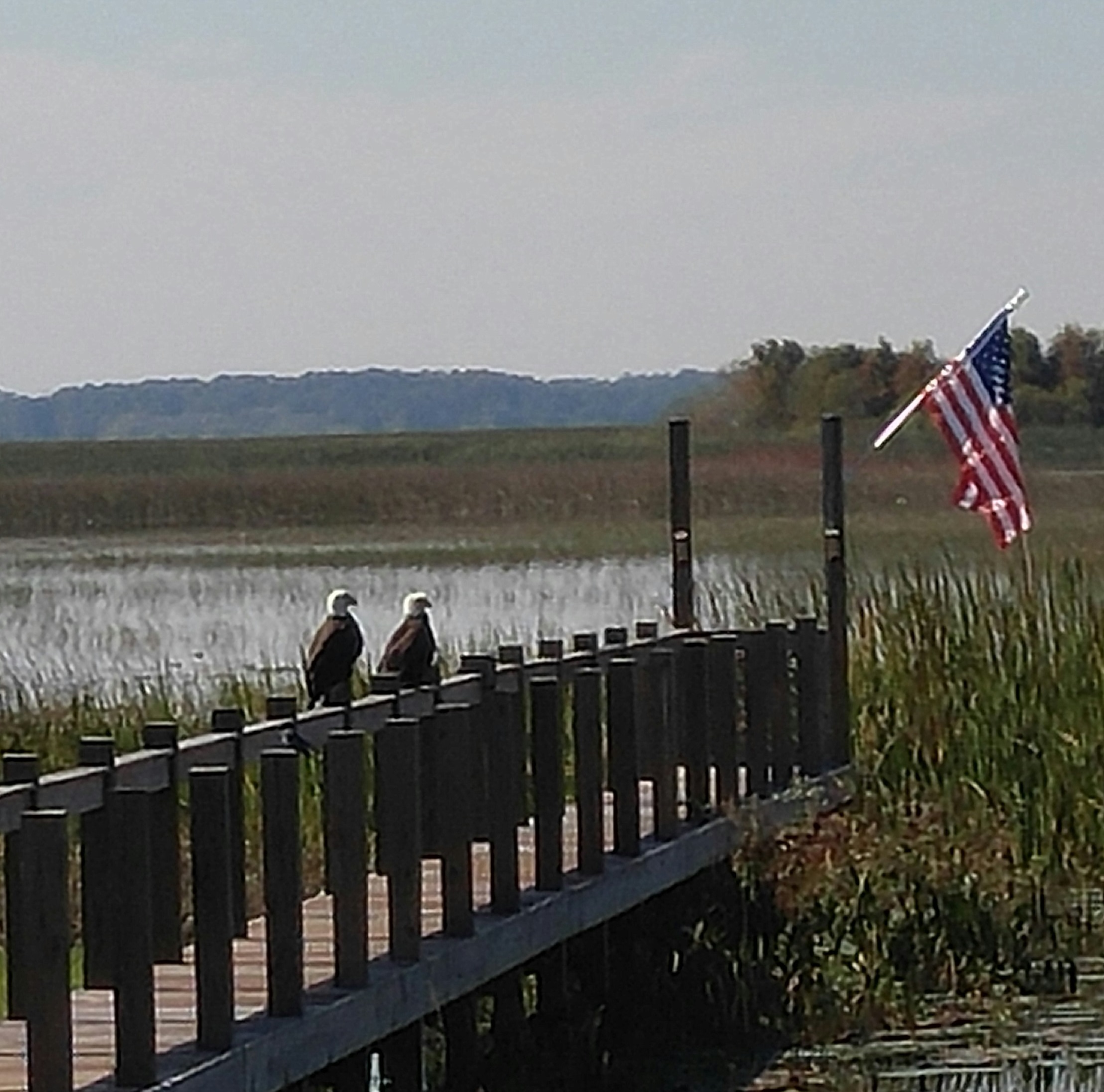 The Bald Eagle has been the national emblem of the United States of America since 1782!  Their not really bald, but their white head and brown bodies make it seem like they are.   Bald Eagles are one of the largest birds in the world.  Their wingspan is an amazing 7 foot wide, they weigh between 7-15 pounds and stand around 28-38 inches tall!

Living near water, bald eagles eat fish, ducks, snakes, turtles, rabbits and, yes, dead animals.  They use their great sense of sight and strong claws, also known as talons, to grab and kill their prey.   Bald eagles attack their prey by diving down on them at an angle and can reach speeds of up to 100 mph when diving.

At around 4-5 years of age, the Eagle begins to choose a mate.   Once they have found a mate, its for life.  If one dies, they will choose another mate.  They make their homes in large trees near water (both fresh and salt), bald eagles build huge nests, called eyries, out of sticks, moss and leaves.  Generally, their nests are at least 2 ft deep and 5 ft across but can be bigger.  These nests have been known to weigh up to 2000 lbs.  So don’t think you can just find one and take it home.

A mating pair has up to three eggs a year, though it is not likely that all three will survive.  Both parents take turns keeping the eggs warm.  Yes, dad does his part also.  While one is warming the eggs, the other searches for food or more nesting materials.

It only takes a little over a month and the eggs hatch.   Bald eagles are not born with their beautiful brown and white look. When baby eaglets hatch, their entire bodies are covered with light gray feathers.  Around 3 weeks, their feathers takes on a brown color, and at 4-5 years old is when they start to look like the Bald Eagle everyone loves to see.

No posts were found.